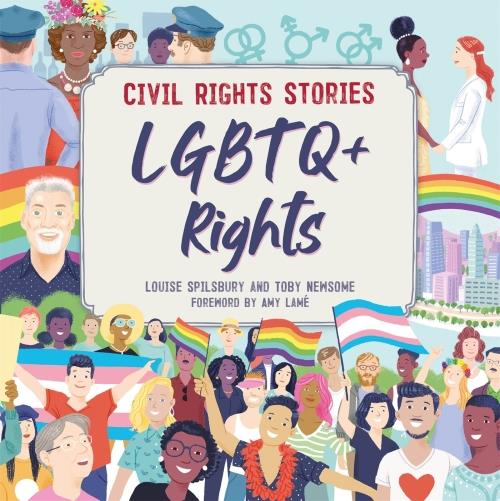 This book explains civil rights, and the reasons why LGBTQ+ people have had to fight for equal rights, in an accessible way for younger readers. LGBTQ+ movements through history are explored chronologically. A selection of key civil rights moments and movements are broken down into short blocks of text that explain the reasons why LGBTQ+ people have faced prejudice, violence and closed minds, and the ways they have overcome many obstacles on the path to equality. It looks at historical examples, such as attitudes in ancient Egypt and early LGBTQ+ organisations, along with modern events, such as HIV/AIDS, Pride marches, same-sex marriage and transgender rights. Prominent civil rights campaigners and figures are featured and a timeline helps readers to see at a glance how the fight for LGBTQ+ rights has evolved over time. Sensitive illustrations help to illuminate the text, and will aid readers in understanding some of the trickier concepts. Death and violence are mentioned, but are wholly in context and are written about in a non-alarmist way with the age of the reader very much in mind. The book includes a foreword by prominent LGBTQ+ activist and advocate, broadcaster and London Night Czar, Amy Lame. The Civil Rights Stories series is a vital resource for younger readers aged 7+ who are being introduced to these topics or are studying them in school. Title in this series: Human Rights LGBTQ+ Rights Racial Equality Refugees and Homelands Slavery Women''s Rights and Suffrage